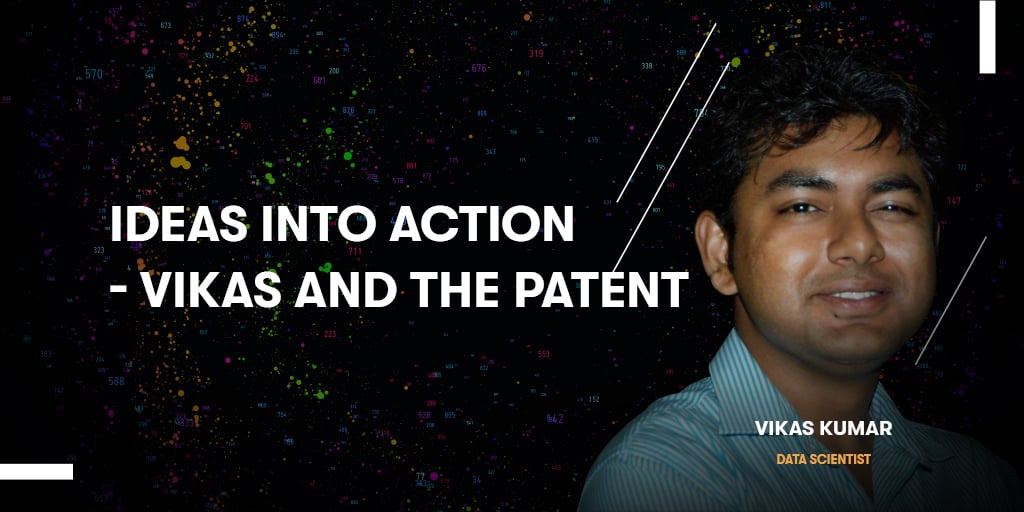 Ideas into Action - Vikas and the Patent

Earlier this year, Vikas Kumar filed for his first patent. The patent, which was for a system to extract information from documents, was built out of an idea he brought to his team. The idea was well-received, and quickly made its way to Infrrd’s leadership, giving Kumar a unique opportunity to implement his vision, he says.

A mechanical engineer by training, he previously worked in research and development for various companies in the power and manufacturing industries. Before joining Infrrd, he mostly dealt with sensor data. Infrrd is his first time working for an IT company. Working at Infrrd has let him deploy and refine solutions faster, Kumar explains.

At Infrrd, he says he’s been able to deploy solutions and see if they’re working, without the bureaucracy. “I was looking for something where I can really start putting the solution I think would work to the test,” he explains. “Then if it works, good, or you can find a better solution based on experience.”

With the help of his teammates, they moved forward with the idea, training different models and exploring how to integrate the feature into the product. “In the beginning, we started with one solution concept, and then when we had certainty, we repeated the same thing at multiple projects.”

Kumar says he also likes being able to be a part of seeing the process through, that is, working end-to-end instead of in a modular model. In big companies, he explains, workers usually only see a piece of the puzzle. “Here, you can reach out to people, let’s say, even if they’re not in your team, and figure out the right context,” he says. That means having ownership of the problem, and getting to the solution, not just handing it off, but seeing it solved.

Infrrd solves new challenges for customers every day, each with its own twist. That’s just Infrrd’s style, explains Kumar. “We don’t have all the answers, We are just trying to figure out the solutions as we go along.”