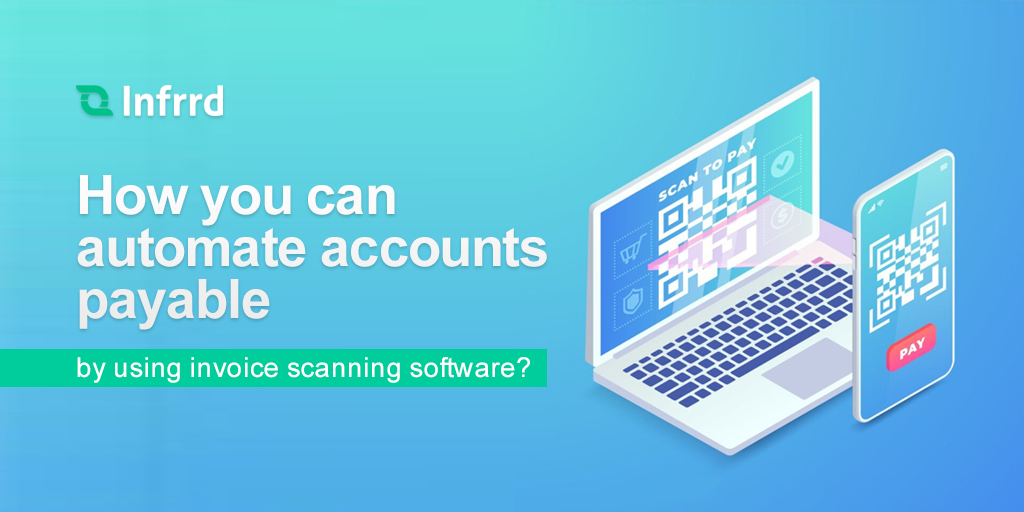 How you can automate accounts payable by using invoice scanning software?

The intervention of technology in today’s business world has transformed the way things are done. Doing things manually, the traditional way is no more a viable option as there is a lot to be done.

With the rising pressures of increasing efficiency and productivity, stakeholders becoming highly demanding, and businesses striving to continuously scale up, there is a dire need for automation in almost all aspects of a business. This is especially true for the finance departments as handling large-scale payments and keeping track of all the data might be too overwhelming a task to be done manually. When it comes to technological changes being implemented at the enterprise level there are several newer options that industries can adapt to. And invoice automation through scanning software for your accounts payable is one such need that businesses should pay attention to.

In this article, we will explore how companies can begin the digitization process for their accounts payable with invoice tracking software and why it should be included in the broader AP automation process.

Even though things have developed well in the last few years, automated invoice processing still has a lot of scope for improvement. It might not be the perfect solution for a lot of situations, but it does work perfectly in the following scenarios: 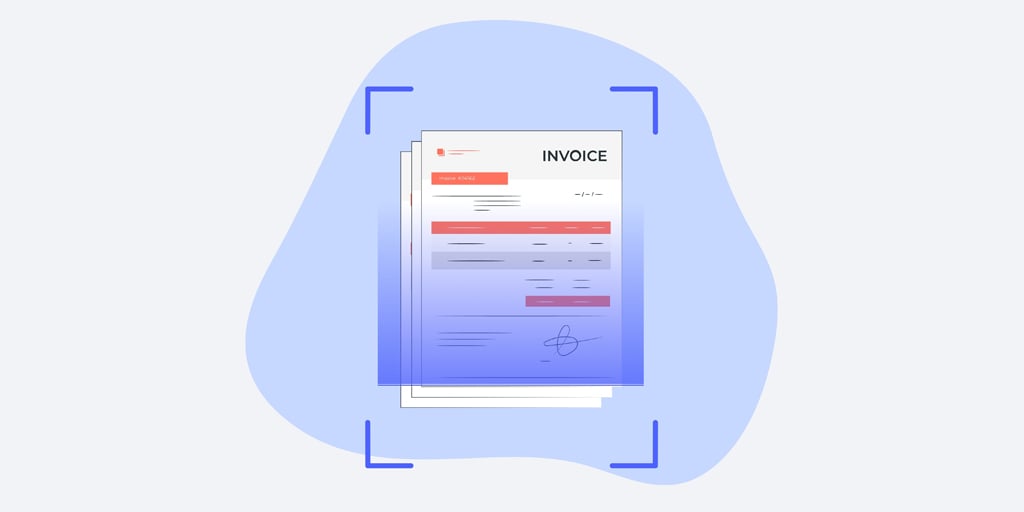 Several companies do a lot of business with the same vendors and a lot of products/services are provided by the same suppliers. If that is the case with your business, then automated invoice processing can greatly streamline your workflow. In the repeat transaction of invoices, it becomes extremely easy to train the invoice processing software to reliably recognize and extract data fields from familiar documents.

For familiar formats, techniques like Optical Character Recognition and keyword-based pattern matching become easy. This leads to a more reliable parsing result. This process requires the software to decipher where the key data fields are located. Once this happens, your invoicing software will accurately recognize all the documents of the same format for further use. This method also allows it to extract line items from invoices. You can extract the invoice date, invoice number, and totals apart from the items billed in the invoice. This is helpful when you need detailed information about all transactions.

Businesses that deal with different vendors and suppliers need a system that can train invoice processing software in such a way that it can read important data from different locations on the invoice instead of reading data based on location. Usually, these systems work by identifying entities like numbers and then looking for keywords around them. For example, a keyword Total Due will indicate the invoice total if the keyword is followed by a dollar sign. This method works really well in identifying most data fields such as invoice total, invoice data, numbers, etc. However, extracting line items presented in a table format is a lot less reliable. This is simply because line items come in a different format and it is not always easy for the software to accurately decipher it.

The Basics of Invoice Scanning Software

Optical Character Recognition (OCR) has remained at the base of Invoice Scanning Software’s functionality. It is believed to have been in use since 1910 when OCR initially helped in creating reading material for the visually challenged. This was done by developing tools designed to recognize figures from an image and then convert them into different forms. It might not be the easiest tool to use, though several options available within the software have been improved. Here’s what it is like today:

Before AI became an integral part of a lot of business processes, including invoice generation, the person who wanted to Invoice Software was required to have the knowledge of a programmer. This is because the scanner would need to code in different rules for processing the invoice before he could scan it. If this was not done, the scanner might not be able to recognize the invoice at all.

In 2018, several authors presented a paper through the Society of Imaging Science and Technology to explain how complicated and intricate the rules were required to be to achieve 99 percent character recognition accuracy in scanning a certain denomination. The rules demanded precise instructions on character width, their positioning, pixel location, etc. amongst many others.

Simply put, rule-based OCR can be useful especially when it comes to extracting OCR invoice header data, but it has its own limitations since the data is not always accurate. So, in businesses that scan a large number of invoices every month, a small error somewhere in the processes can make everything financially crippling. And businesses that scan fewer invoices, rule-based OCR might not prove to be a cost-effective option. Hence, the need for a more competent invoice processing solution. 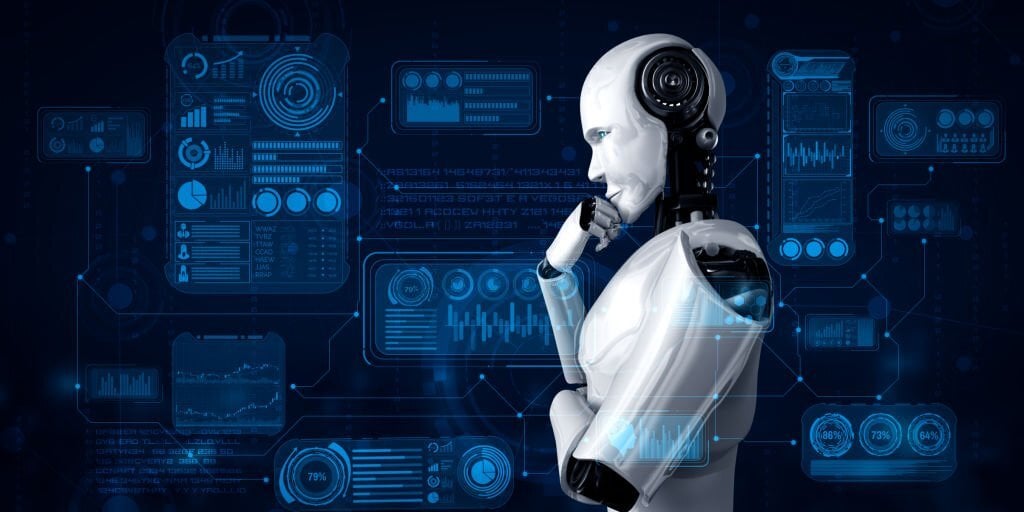 Rules-based OCR might surely seem like a daunting task to handle. But the good news is that artificial intelligence and robotic process automation are making things a lot more efficient when it comes to invoicing processing.

With most intelligent OCRs, there isn’t even a need to upload all invoices. AI-based OCRs can start by detecting and downloading PDF invoices from the emails before they start extracting the important information. Unlike rule-based OCRs, intelligent OCRs are more equipped to better understand the characters in the invoices. They are capable of using context while scanning the characters and thus can identify if a particular character is O or zero in the invoice. 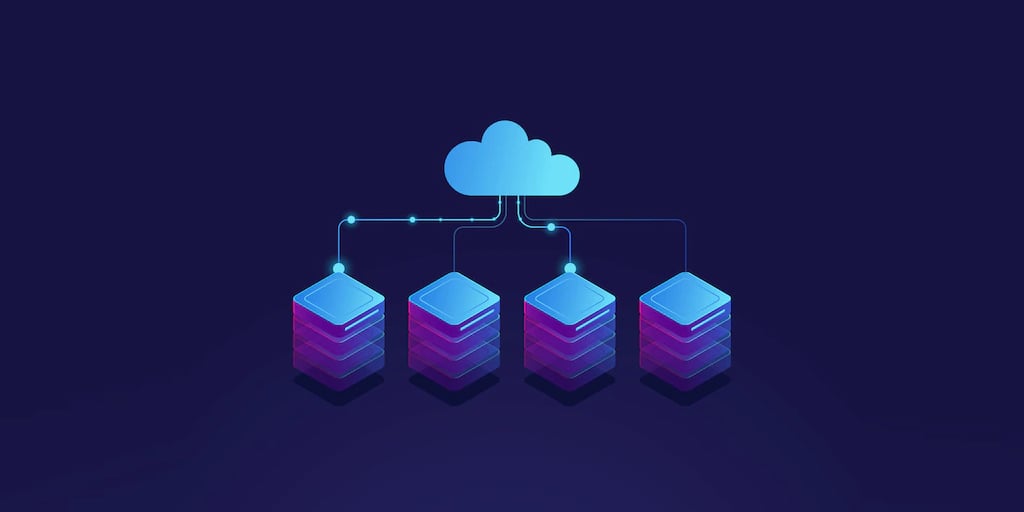 While rule-based and AI-based invoicing software is an option, many companies prefer outsourcing their data capturing needs. Outsourcing works for a number of reasons including that it safeguards companies from making mistakes that often happen while updating invoice data manually. This can also delay payments, creating a cascading effect on the entire business operations. Outsourcing, on the other hand, will put companies in a better position as more dedicated personnel work on these requirements, resulting in minimum to no errors.

The important question to ask here is whether it is better to outsource data capturing to a team of professionals or give it to an AP automation software that will easily be able to scan invoices in addition to doing a bunch of other tasks. Individual businesses can take a call depending on their requirements and the kind of accuracy and efficiency they are looking for from their invoice processing.

Reasons why invoice processing might not be enough on its own?

Some things work best in combinations, and some other processes work well as part of a bigger system. Invoice processing might be the latter. Recently, invoice processing has gained a lot of popularity and a number of businesses are adopting this process. The way the business scenario has evolved in the last decade, it is almost a prerequisite for companies to automate several time-consuming, manual tasks in order to make their processes faster and more efficient.

The intervention of automation tools also ensures that there are minimum errors, which is a crucial factor in billing and invoicing processes. A slight mistake can make a huge dent in the business of the company and nobody wants to be in that situation. If reports are to be believed, the use of invoice processing has reached a whopping 86 percent of companies doing it. Despite that, there are reasons why invoice processing might not be enough on its own. It is best used as part of an AP automation. Here’s why:

One of the most frequent issues that rule-based OCR poses to businesses is the formatting of the invoice. The formatting must remain the same so that it becomes easier to decipher. But reports show that nearly 80 percent of all the data received by companies is not sent in the standard format. A change in the format may cause a delay in the payments apart from other issues.

But when it comes to AI-based OCRs, formatting is much less of an issue. The AI-based software is able to detect changes in invoices based on its ability to decipher and remember historic data. Some AI-based systems also come with the feature of correcting or re-formatting changes. This means that the company personnel will not have to run behind the vendors and suppliers for formatting corrections. This will not only mean that all invoices are cleared on time, but the company can also develop warmer and friendlier relationships with the vendors by clearing their payments on time.

Any and all invoice scanning software (both intelligent and rule-based OCR) are generally capable of producing accurate copies that are correct up to 98-99 percent. But the shortcoming of these methods is that it still requires a human to cross-check all the data for errors. While it is alright to do so if a company is dealing with a very limited number of invoices. But companies handling thousands of invoices every month will find it difficult to handle this manual fact-checking and it might end up having multiple errors. Most of the companies planning to shift or have shifted to automate AP systems have done so because they feel that it is not plausible for humans to check for errors when a company is dealing with such a huge number of invoices.

Limitations of the Invoice Scanning software

Invoice scanning systems are a much better option than manually feeding in all the data. But these systems have limitations too. Unlike AP automation, data capture software is incapable of directing an invoice to its final destination. This task again requires human intervention. Automation systems can also tie invoices to the company’s ERP system automatically, provide payment reminders, and review important transaction data for signs or clues of any kind of fraud in addition to many other things. An invoice scanning software is not designed to handle these many tasks.

All of the above-mentioned pointers are not to say that invoice scanning software is not a good option. It is essentially a document processing solution that allows AP departments to concentrate on other, much more important tasks rather than spending hours manually feeding in the invoice data. But these can work even better if they are made part of a bigger, and broader AP solution. In fact, invoice scanning can make these bigger solutions work more efficiently.

Once invoice scanning systems become part of a wider AP automation, then they start working the way businesses require. Any machine, when dependent on inefficient human dependence, starts becoming lower in efficiency and productivity. But once they become completely automated with minimum human dependence, they thrive. The same is the case with invoice scanning systems. Once they become part of the wider AP automation, extracting data becomes far easier, and they feed out just the right kind of information to your accounting software, at the right speed, and with accuracy.

Our Take On Accounts Payable By Using Invoice Scanning Software